Ruger recently wrote a letter to shareholders which is worthwhile for everyone to read. They speak about Modern Sporting Rifles and the programs in place which they participate. The finish up with how they feel about banning firearms based on the action of a few criminals. Take a few minutes and read the letter. It will be time well spent.

I was disappointed recently by a fellow instructor who discouraged a former student of theirs from pursuing a firearm which has not yet been released. It was obvious the student was drawn to the firearm which IMO is one of the first steps in deciding if you want the firearm or not. Sure if you are going to conceal the firearm you need to think about many, many other topics, but to discourage someone from considering a firearm you have not held, touched, read range reports on, and fully investigated is the equivalent of poor parenting. As an instructor you should assist the student to the best possible firearm for their budget and needs. Had this particular firearm been out on the market with substandard reviews then my opinion of the situation would be much different, but because the only tangible reports were tactile from Shot Show 2017 and the gun is not on the market, to tell a student to overlook it is bad form. I’ve actually had my eye on this particular firearm and believe it may turn out to be a winner. I’ve been wrong many times in the past, but this one looks to me to be on the right track to be a great firearm for IWB carry. Anyway, if you are an instructor and have a favorite manufacturer do not allow that bias to carry over into the decision making process for a student. Just because I am a Ruger fanboy does not mean I would tell someone to avoid an S&W, Bersa, or Taurus, I would fully research the firearm they are considering and would probably head to a large firearm store to put my hands on it and decide for myself before offering an opinion. There is no way I would tell a student anything about a firearm which is not yet on the market other than to read the articles out now and I will be glad to assist them with an evaluation once the firearm has been released.

Today is the fifth anniversary for the blog. When it started 1,827 posts ago the direction was unclear and with this post once again the direction is a bit of a mystery. Trying to post daily has proven difficult when a fresh topic idea isn’t forthcoming, for that reason the plan is to only post when there is something relevant or fun to say. That might be a reminder of a particular day to celebrate a drink or beverage of a discourse on how ignorant a politician is on the topic of alcohol or firearms. The goal will be for topics to concentrate on firearms and fermentation only occasionally coloring outside the lines. Thank you to everyone who receive the blog via email and to those who visit regularly to read what we have to say.

Cheers to you all!

On February 12 the blog will turn five. We generate about 1,000 new views per month and 135 people following our mindless banter. Every comment is considered and we appreciate you taking the time to read about whatever happens to come to mind that day. We may decide to post less frequent and with more focus after the 12th because some days it is difficult to find an interesting topic while other days it is difficult to stop typing. So if you start to see less posts do not become alarmed, we’ll post when we have something to say as opposed to saying something daily.

I received a notification of change for the National Rifle Association Facebook page. It is now the NRA Institute for Legislative Action and I must say I despise the change. I hated it when I would get all sorts of political notifications from the NRA before I opted out and in the American Rifleman magazine I skip all the political articles to read about firearms, ammo, etc. I’m not sure why the NRA has decided to make their Facebook presence all or nothing, but if I’m someone looking for Refuse To Be A Victim I would be turned off when I get directed to a Legislative Action page instead. Bad move NRA, don’t make everything political when so much good comes from training and programs. 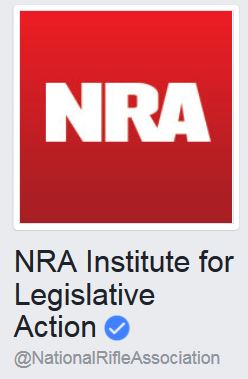 A few years ago Gander Mountain had Rossi’s lever action .410 shotgun on sale and I came very close to taking one home. Reviews were mixed and mostly centered on the firearms dislike of certain ammo. It was enough for me to take pause and not pull the trigger on the purchase (pun intended), but I still sometimes gaze longingly at the firearms when I see it at a dealer. Recently Henry announced they were releasing several new shotguns and one of them was a lever-action .410 shotgun. Since Henry has no history with scatterguns and their prices are at the higher end of the spectrum I will probably just gaze from afar, but I already like what I see.

Just saw a news story which indicated North Carolina FFLs are most often targeted by criminals for illegal firearms. They break into the building and steal the firearms to resale in northern states. The Charlotte ATF Field Office is drafting a letter to FFLs offering suggestions on how to better secure their business to thwart theft attempts. The reality is you cannot stop a determined criminal easily. You could put up bollards to stop them from ramming the entrance, but then they may target the wall. Every building has a front and rear entrance and chances are that will be a weak spot in the building. Glass looks nice and lets in natural light, but it is an automatic weak point. About the only thing which would absolutely work would be a building inside a building and to place the firearms into the central safe at the end of the day. It will be interesting to see exactly what the ATF letter looks like, but if it is published for public consumption, wouldn’t is provide information for a savvy criminal to plan their next theft? Anyway, if you are an FFL do everything you can to protect your firearms from theft.

It’s not the way you might think which is to obtain them by using some media fueled gun show loophole, the way they actually get them is to steal them or obtain them through a straw purchase. Here’s what is interesting about both those methods, they are ILLEGAL! During the most recent hurricane, there were several stories from FL and SC of gun store theft during the storm. The thieves basically knocked down a wall and went in and took what they wanted. I’m not sure how you could actually prevent that from happening. Even the most secure building has a weak point which could be used for entry. I mentioned watching Black Market and it is worth mentioning again to check out the episode. No additional laws are going to stop theft and straw purchases, what we need to do is fully enforce the laws we have when we catch the criminals. No more slaps on the wrist and time served. Make the new war one on criminal activity with guns. At least that way when we did catch someone and prosecute we would not see them in court again for a long time!

Happened to catch an episode of Black Market with Michael K. Williams entitled Iron Pipeline and found it interesting most of the illegal gun trade began with theft from gun stores or from straw purchases. The gun runners have people who “legally” purchase the firearms for them. By definition that is a straw purchase and is illegal. I’ve been trying to think of a way to stop straw purchases, but have come up empty. Once someone decides to commit a crime by buying a firearm for someone else they must lie on their forms and the only way to stop them would be to catch them in the act. You can purchase a firearm and latter sell it to someone who can legally own a firearm, but you cannot buy it for someone else knowing they are not legally able to own a firearm. From watching the program the problem really boils down to gangs so IMO if you want to stop the illegal gun trade you eliminate gangs by declaring them terrorists and making gang affiliation so unsavory no one else wants to become a member. If you get a chance check out the episode.

We have 131 people following the blog via email, but only a handful of folks who receive it in their Facebook feed. If you are on Facebook, please take a minute to LIKE the page, not a single blog post, but the Facebook page. Thank you for your support, it is appreciated!