When it went on sale at a sub twenty dollar price I snagged a bottle of Wild Turkey Rye and decided to take it for a spin. Unfortunately it doesn’t have much in the way of character and consuming it straight just doesn’t keep your interest for more than a few seconds. Luckily you can mix it with ginger and it begins to show off some spicy rye notes one would expect. At 81 proof it was never hot or offensive, if I spot it at 101 proof I might give it a try to see if it has more to offer. Otherwise the 81 is a pass for me as there are better and more interesting rye whiskeys on the market. 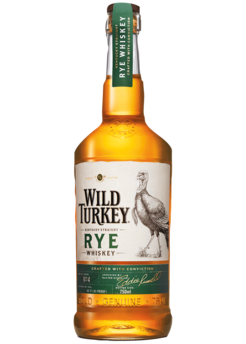 Some time back while perusing a Costco liquor store I spotted a small display of Kirkland Signature 27 Year Blended Scotch Whiskey Bourbon Cask Matured and snagged a bottle. I seem to recall it being around $55 and so I figured why not. When I got to the counter the clerk indicated several people had purchased a single bottle and then returned the next day after sampling to purchase several more. All they had was what was left and they did not expect to receive anymore. I figured it was a good choice so I stuck it in the queue and recently it found a space with the other open bottle selections in the bar.

As with other Alexander Murray releases there is no actual indication of origin. At 40% ABV I expected the Scotch to be smooth and easy to consume, but the alcohol was slightly off-putting. It wasn’t hot or fusel, but there was something in the alcohol which didn’t make me want to drain the bottle. The flavors seemed muted and almost musty. There was oak, leather, apple, brown sugar, and a myriad of other characteristics, but they just didn’t quite play well together. While I had high hopes for this Scotch, the truth is I found it just a bit difficult to love. Had it been half the price I’d think I’ll still find it just a bit hot and a long in the tooth. If you see it, give it a whirl for the notoriety, but otherwise I’d suggest you find something more interesting and spend your money on that instead.

When it went on sale at NCABC I grabbed a bottle of The Macallan Double Cask which is 12 years old and 43% ABV. I’m not sure of the exact price point, but around 63 beans or less is what I seem to recall. The name comes from the time the Scotch spent in Sherry barrels made of both American and European Oak. The flavor has a sublime mix of oak, chocolate, leather, citrus, and caramel which leads to a slightly sweet finish tempered by peppery alcohol and a nice alcohol warmth. I’ve seen mixed reviews on this, but I noticed the bottle did not hang out long once opened and while it was not mind blowing, it also was drained in short order. If you find this at the right price buy one and give it a whirl, heck, if you find it at the right price, buy two! 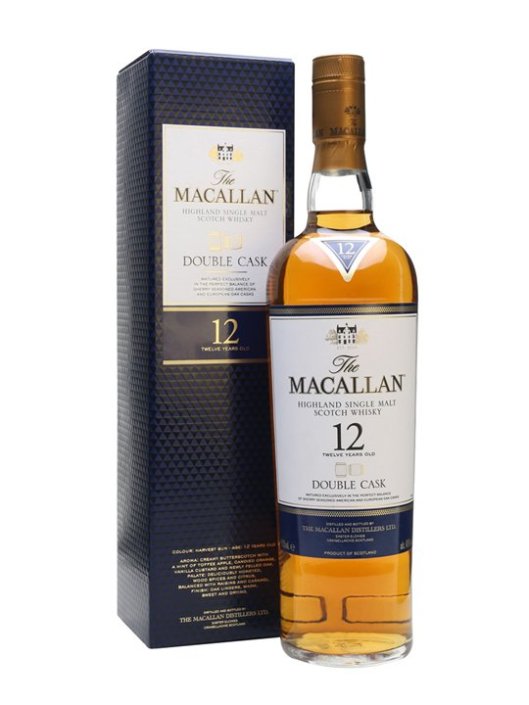