A few years ago Gander Mountain had Rossi’s lever action .410 shotgun on sale and I came very close to taking one home. Reviews were mixed and mostly centered on the firearms dislike of certain ammo. It was enough for me to take pause and not pull the trigger on the purchase (pun intended), but I still sometimes gaze longingly at the firearms when I see it at a dealer. Recently Henry announced they were releasing several new shotguns and one of them was a lever-action .410 shotgun. Since Henry has no history with scatterguns and their prices are at the higher end of the spectrum I will probably just gaze from afar, but I already like what I see. 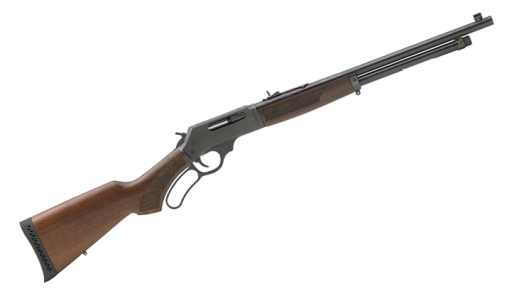 Recently it became clear the links to many of our photos are broken. It is a cumbersome process to go back through all the posts over the past three years to fix the issues. In some cases it may not be possible, but many of the photos are mine and I just need to revise each post. If you find a broken photo link, feel free to post a comment and I will get to it. I’ve gotten about half way through both 2014 and 2012 and will continue to work on it with the goal to have the photo links restored where possible in the next two months.

If you feel so inclined, please like our Facebook page. The button is at the bottom right of the cover photo which is the same photo as on the blog.

I’m sure every gun owner has a wish list somewhere out there. Often they will pine for a gun their father owned, or something new which is coming out. Me, I typically go for the firearms which speak to me on some level. So with that in mind here is what I have on my wishlist at the moment and why:

I could probably think of more to add, but what’s on your wishlist?

Somewhere in the back of my mind I remembered a note where Henry Repeating Arms is planning to release “The Original Henry Rifle” in September. I scoured the web and all I came up with was a TTAG post. The price of admission stated is $2,300 which will put the firearm out of reach for most of us, especially when a Uberti equivalent can be had for a grand less. Nevertheless I am interesting is seeing one up close and personal. If it is a .44-40 then it will be a difficult firearm to resist.

I was able to locate the model online. It appears to be model BTH and item H011. Several sites have the incorrect photo. If anyone has more information, please let me know!

My first experience with a Henry Rifle was the 1985 movie Silverado and it was the rifle Mal (Danny Glover) carried and used. The gun was created in 1860 and production ended in 1866. Of course Henry Repeating Arms is in business today, but they do not make the original Henry rifles of the 1860’s. There is something about the brass receiver that just captured my eye and for years I have been on the lookout one to call my own. Uberti makes reproduction Henry’s which are known for their high quality and finding one has become rarer over time despite the fact they are still in production.

Last year I posted some differences between the .44-40 and the .45 Long Colt cartridges and have been seeking a Henry chambered in .44-40 for quite some time. Well recently one came available which was new in the box, but had passed through several owners. Needless to say it now has a new owner. It is an 1866 Yellowboy Henry with a 24 1/4″ octagonal barrel and she is beautiful. Now the challenge is to find the .44-40 ammunition. It is not widely available to start with and with the recent buying frenzy people have cleared the shelves so it may prove to be a difficult cartridge to secure. I’m hoping it takes less time to find the ammo than it did to locate the rifle. 😉

Last night I was discussing .44-40 and 45 Long Colt with a friend who knows I have an affinity for cowboy firearms. While I know and can instruct the basics of reloading, he takes reloading to another extreme and even casts his own bullets.

He said he prefers the .44-40 to the 45LC because the thinner brass will expand fuller in the chamber of the rifle on the .44-40. I did some research this morning and found out he was correct (I already figured he was). The brass on 45LC does not seal the chamber as well and can end up fouling the chamber as well as potentially scorch the casing. Best I can find the 45LC (bottom photo) is easier to reload due to the straight casing as opposed to the .44-40 bottleneck casing (first photo below), but with some practice it is not difficult to learn how to handle the .44-40.

On one forum I found a note that the smaller rim on the 45LC can cause issues cycling in a level action, and someone mentioned the bottleneck casing on the .44-40 helps with feeding into the chamber.

So now I’m torn. I guess when I finally decide to go get that Henry or Uberti Henry I’ll probably have to consider the .44-40.

Last night I spent some time with an old friend and the topic of the Second Amendment came up. It was apparent I was not going to change his mind on the subject so I gracefully let the topic move on, but gave me some insight. The NRA basically takes the stance that gun rights should not be tested and must be preserved. They do not care about any other political issue, only gun rights. The NRA is much more than that, but for the context of today’s post that is what I will focus on.

It was obvious my friend believes long guns and handguns are fine, but draws the line on Class 3 automatic weapons. I also got the feeling he may not like the so-called “assault rifles”. Let’s explore that for a minute. If a long gun is not fully automatic, then it has no real difference whether it looks like something a SWAT team or the military would use or appears to be something from the Old West. It is still a rifle, or maybe even a shotgun and the calibers could be exactly the same. Take a look at the rifle below.

Many uneducated people would assume it is an assault rifle. In reality it is exactly the same caliber as this rifle.

The top is a Ruger SR22 and the bottom is a Ruger 10/22. The caliber is 22 rimfire and in terms of cartridges is the lowest powered cartridge on the market. Personally I do not care for the style of the long guns with a military appearance, but many do. I much prefer the guns with an appearance as if they came from the Old West like a Henry rifle or a Steven’s Favorite which are still 22 caliber rifles.

We had a nice discussion about the Second Amendment and I asked him to look at Wikipedia to see how the final wording progressed. In the end, the discussion was brief, civil and thought-provoking, which is what intelligent discussion should strive to achieve. I doubt I convinced him in our brief conversation that standard semi-automatic rifles and one with a military appearance can be very similar, but I can almost guarantee he will take the time to check it out.

Now as far as Class 3 firearms, I’m not sure I will ever convince him private citizens should own those weapons. There is some danger involved with Class 3 firearms in managing the recoil and so I’m not 100% on board with everyone being able to obtain one. Currently there are a few ways to get one in NC, but that is fodder for another post on another day.