Some may remember the posting of Iron Brewer back in April where the secret ingredients were Star Anise, Jaggery, and Peeps. Well three of the resultant beers had zero head, one had a slight head, and one was off the charts with head due to over carbonation. Star Anise certainly does not affect head in beer. Jaggery could, but it is nothing more than salt and sugar so nothing there to cause an issue. That leads me to believe Peeps are the culprit. While it was only one package of Peeps per 5 gallons, perhaps that was enough to impair the head when the carbonation level is low. Note to self, when using Peeps in the recipe know they may impair head formation and retention. 😉

So I’ve been pouring over H562 in the final version and came across a few glimmers of hope in the final watered down version. Here is the first section:

“(l)        It is an affirmative defense to a prosecution under subsection (b) or (f) of this section that the person was authorized to have a concealed handgun in a locked vehicle pursuant to subsection (k) of this section and removed the handgun from the vehicle only in response to a threatening situation in which deadly force was justified pursuant to G.S. 14‑51.3.“

Basically if you have your firearm on educational property with a concealed handgun permit and the firearm is secured in a locked vehicle you can retrieve it to respond to deadly force. Under the current law you could have the firearm in the car, but you could not legally use it outside the car and could have been subject to prosecution if you did. So if a deranged person came onto campus firing at students and you went and got your firearm and stopped them you still could be charged with having that firearm outside your vehicle on campus. With the new law you would not be charged provided you have the right to use deadly force. It’s a subtle change in the law and a good one which will allow concealed handgun permit holders to potentially protect themselves and others.

One other clarification which is wonderful is how the firearm is handled in the vehicle on campus.

“(k)      The provisions of this section shall not apply to a person who has a concealed handgun permit that is valid under Article 54B of this Chapter, or who is exempt from obtaining a permit pursuant to that Article, who if any of the following conditions are met:
(1)        The person has a handgun in a closed compartment or container within the person’s locked vehicle or in a locked container securely affixed to the person’s vehicle. A person may unlockvehicle and only unlocks the vehicle to enter or exit the vehicle provided while the firearm remains in the closed compartment at all times and immediately locks the vehicle is locked immediately following the entrance or exit.(2)        The person has a handgun concealed on the person and the person remains in the locked vehicle and only unlocks the vehicle to allow the entrance or exit of another person.
(3)        The person is within a locked vehicle and removes the handgun from concealment only for the amount of time reasonably necessary to do either of the following:
a.         Move the handgun from concealment on the person to a closed compartment or container within the vehicle.
b.         Move the handgun from within a closed compartment or container within the vehicle to concealment on the person.“

Not having to remove the firearm to a closed container while in the carpool lane is terrific. Hopefully more nuggets such as this lurk within the legislation to be discovered!

So H562 finally passed and is heading to the Governor. I’m reading it and it seems to be clarifications with little teeth. I do note Section 13 which appears to require the CLEO to issue a certification for NFA regulated firearms. It is a small segment of the population who can afford to own such firearms and I see nothing in it about supressors. I suppose if the CLEO has to sign for a machine gun they wouldn’t even blink at a can, but I still don’t see much in this legislation other than corrections which clarify things like a locked car. I’ll go over it a few more times to see what I may have overlooked.

I’ve been tempted on several occasions to purchase a Hi-Point and give it a once over since I eventually may have a student show up with one of them. They have to be the ugliest firearms on the market and at the same time the least expensive. I happened upon the video below and if I could find one for $79 I probably would buy it just to say I did. Check out the video below, if you are a gangsta he is making fun of you!

I’ve been following the story of the man who died in CA and claimed to be CIA agent who was left in the car to be picked up by some unknown agency. He had 14 cars and while you may think that is the strange part, he had 1,500 guns and 6.5 Tons Of Ammunition. Even I think that is a bit extreme and I’m the guy who believes you should have ammunition for every firearm you own. The story gets more odd every time I see an article about it.

Here’s a few you should take the time to read:

It appears if HBO wanted the branding removed from Kovalev’s trunks, they did not get what they wanted. I watched the fight and he clearly had the TulAmmo logo on his backside. Score this round as a win for Kovalev! 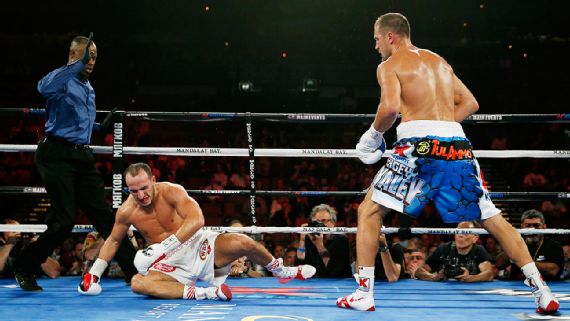 Was yesterday, darn it, now I guess I gotta make up for lost time! I recently learned about Pechuga which is a Mezcal distilled with a chicken breast in the head which actually cooks over time due to the alcohol vapors. Perhaps I should find a bottle for a late celebration! 😉

Readers may recall I mentioned the logo for TulAmmo on the back of Sergey Kovalev’s trunks at a bout in March 2014. Now according to the NSSF Kovalev has been asked by HBO to remove the TulAmmo logo for the fight Saturday night. I’m scratching my head over this one. How many times do I have to see some stupid logo for a Mitsubishi dealership I will never purchase from or some studio that I don’t even know what it is during a boxing match. HBO should leave Kovalev alone and let him keep crushing the way he has always done. It will be interesting to see if the logo is still there on Saturday or if HBO wins this round.

I was looking for something to open on July 21 and happened upon Ommegang 2015 Belgian Independence Day Ale and noticed the date being commemorated was July 21, 1831. This year’s variant was a 9.2% ABV tripel which was dry hopped with Mandarina Bavaria hops. It was citrusy, spicy, and alcoholic enough to make it a sipper. I had one friend who liked it, and another who did not find it to be their cup of tea and both had it on draft. For me it was a nice diversion from what we normally see in a tripel, a solid beer, but not something I would gravitate to time after time due to the alcohol presence. I did enjoy it and luckily consumed it on the right day. If you spot a bottle and are fan of the Ommegang beers, definitely give it a whirl!

Looks like a recent festival may have ended what has always been a good time for many in the brewing industry, serving at festivals. For years breweries have cycled their staff in and out of booths at festivals to give them breaks and allow them to visit with other friends and colleagues. I know I’ve been behind the counter at many, many festivals and pulled a tap handle after having a few samples. It all started back in May when Asheville held the Beer City Festival and ALE agents came to the party. They sat back and witnessed people pouring and sampling and everyone having a good time until they stepped in and put everyone on notice that type of behavior was frowned upon and servers must be sober or must not serve. I think the move took most everyone by surprise, mainly because it had never been an issue before. I’ve seen servers notably intoxicated, but they don’t pose a threat to festival attendees and are responsible when leaving the fest so where’s the harm? The ALE issued violation reports to 10 of the breweries from the festival, most notably for Oscar Wong of Highland. Now here’s the rub for me, the rule they supposedly broke was:
02S.0212(a)(3) Employee shall not perform service of any nature while or after consuming alcoholic beverages on the licensed premises.
I don’t quite follow how a festival is their licensed premises. They didn’t sign up for the festival permit and were not selling beer so I think the interpretation of the rule is bogus. I would caution anyone serving at a festival you may be running afoul of an interpretation of the ALE rules so be careful and be sure if consumption is allowed or not.

The ALE appears to not be playing around. Oskar Blues had planned a Burning Can festival last weekend and they were told not every brewery had the proper permits so they made the fest free, refunded the money they had already received, and proceeded as planned. I know who my new favorite NC brewery is now. Cheers to Oskar Blues!