Some time back Writer’s Tears Copper Pot Irish Whiskey was on sale at NCABC so I picked up a bottle and went to the counter. They rang it up and I paid and then realized the price was wrong. I asked and they indicated the set with glasses was what was on sale not the single bottle. This was just about the most ridiculous thing I had heard, but they voided the single bottle and sold me the gift set at the reduced price. Writer’s Tears is priced at the top end of what I am willing to pay for Irish Whiskey so I was hopeful it was spectacular. The tall thin bottle is an imperfect size for our bar so I didn’t pay much attention to the level until I realized a few days ago the bottle was almost drained. The nose is restrained alcohol with an apple ester coupled to vanilla and a caramel sweetness. The flavor was filled with a balanced caramel sweetness, light alcohol, apple, and light spice. The finish was very pleasant with lingering apple and light alcohol with a hint of chocolate. The 80 proof whiskey is restrained and tasty and has a nice complexity, but the $35 price point on sale won’t lead me to keep it stocked in the bar while other Irish Whiskeys I enjoy more are available at a lower price. Give it a whirl if you haven’t and make up your own mind. It’s tasty, but very restrained. 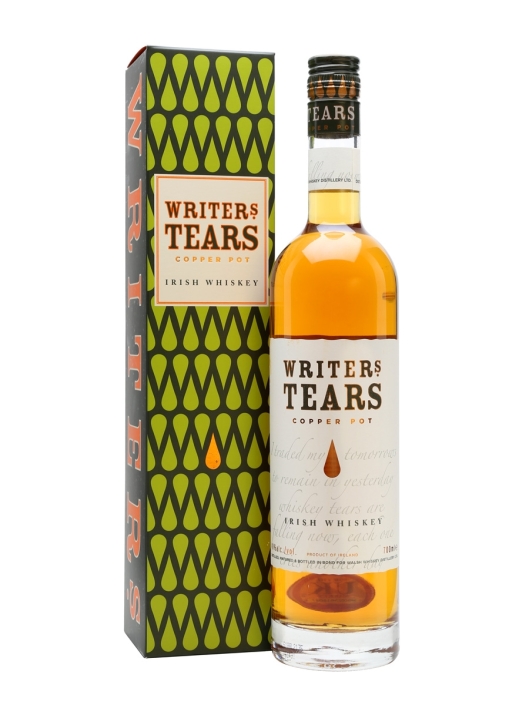 I’ve enjoyed all the releases by Old Forester recently in the Whisky Row Series including the Old Forester 1910.  This 93 proof Bourbon is the fourth in the series and is double barreled. I found a bottle in SC for $50 and was lucky to snag it. North Carolina did not get it when it was released so around here it has been made of unobtanium. The aroma is filled with brown sugar, raisins, light cinnamon, low oak, sweet corn, and hints of leather. Similarly the flavor has restrained brown sugar, raisins, cinnamon, corn, oak, and leather. The aftertaste is lasting light pleasant oak and hints of alcohol. In fact, the alcohol really only shows it’s presence in the post consumption warming. There have been nights where I had this and was suitably impressed and a few where I questioned if it was worth the price of admission. In the end it’s a solid Bourbon and is priced about right. If you see a bottle snag it and give it a whirl. I don’t think you will be disappointed. It’s a toss up for me as to whether I prefer this one more or the 1870 release.

Last year Ezra Brooks released Old Ezra Extra Aged which was a barrel strength Bourbon ringing in at 117 proof.  The $40 price tag was quite a bit higher than the previous Old Ezra bottom shelf variant which was quite good so I had high hopes. The earlier made a heck of cocktail and while not especially complex, was also a decent drinker. I’ve got a bit of a love/hate relationship with the new one. At times I find it interesting and at others not so much. As I drain the bottle tonight I guess I land in the middle of the road on this one. The nose is cinnamon, spice, alcohol, leather, and oak coupled to brown sugar. The flavor was less complex, but still somehow charming with impressions of spice, especially cinnamon, low alcohol, leather, and again oak with brown sugar. The aftertaste had light lasting cinnamon, alcohol, and brown sugar. It’s a nice glass all things considered, but for some reason the price of admission seems just a tad bit high. If you haven’t had it and run into a bottle then take it home and give it a whirl.

For an inexpensive rye whiskey finding a bottle of Old Overholt Bonded Rye was a bit of a pain. With a regular price of $23 it is certainly affordable, I think I picked up this one on sale at sub 20 beans. I’m a sucker for Bottled In Bond so finding this 100 proof Rye was a necessity. Reviews were mixed, but I didn’t let that deter me in snagging a bottle and I am sure glad I ignored the masses. This rye is subdued, but quite nice. The aroma is filled with spicy rye with light aspects of alcohol coupled with sweet caramel. The flavor is more of the same with light oak characteristics, very slight leather, and restrained alcohol. The finish is light with a low alcohol presence, rye spice, pepper, leather, and caramel. My suggestion is to ignore the snobbish reviews and go snag yourself a $25 bottle of rye. This can have a slot in my bar day and day out. Give it a whirl for yourself.