This popped into my feed today. I think it is pretty awesome so take a minute and check it out!

Yesterday, September 28, was National Drink Beer Day and since I overlooked posting about it I am proclaiming today National Drink Beer Day Again! If you drank beer yesterday then you still have to drink beer today and if you did not, then you will have to make up for it by drinking more beer than you would have yesterday! So get on it and celebrate this most wonderful of days! 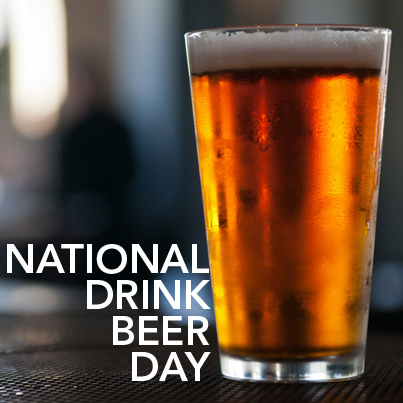 If you are are Denver for the GABF next week please attend the Beer Drinker of the Year finals at Wynkoop on Wednesday. We need an overflow crowd for the event to help ensure it happens year after year. The competition is 7:45-9:45 PM and the finalists are Shawna Cormier of Denver, CO, Kevin Cox of Muncie, IN, and Mike Dixon of Wake Forest, NC. We need to support the hometown boy and bring the title back to North Carolina. The competition is great fun and well worth your time to attend. If you or someone you know will be in Denver next week then plan to attend the finals at Wynkoop. 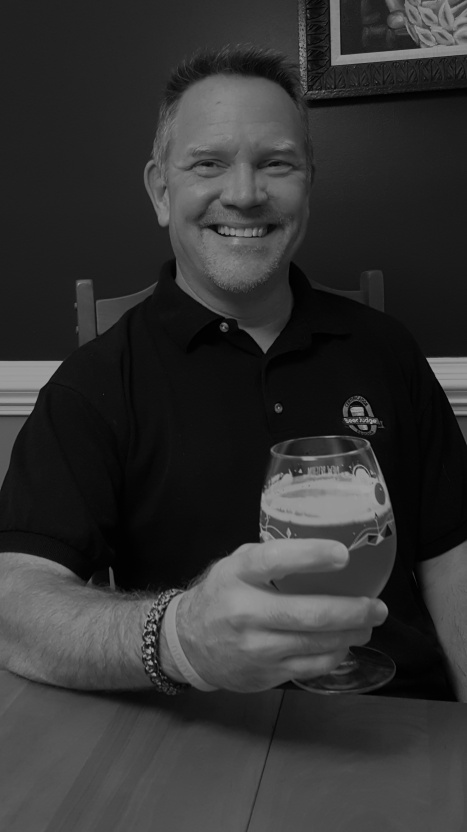 I happened upon an article on The Whiskey Wash discussing the O.F.C. Bourbons from Buffalo Trace and realized immediately I will never see one of these Bourbons and even if I did see them I probably could not afford them. The first release has a total of 200 bottles. Think about that a second, at two bottles per state to find one would be a needle in a haystack. Now on the bright side Buffalo Trace is giving them away for free to charities. Unfortunately in NC we will not see one because any charity trying to auction or sell the bottle would run afoul of the NCABC. The bottles are expected to raise $10K each for he charities who receive them and if I run into a tax deductible charity with a bottle might make a donation for a chance at one. My luck has been good as of late since I’ve been living right so you never know. 😉

I’m not going to dive into whether or not the shooting of Keith Scott was justified. The SBI will make that determine perhaps with outside assistance. What I want to focus on is the mysterious Colt Mustang which appears in some photos and not in others. The officers repeatedly told Mr. Scott to drop the gun so someone must have seen a gun. From the two videos, I cannot definitely tell you if he had a gun or not. I was watching the news and happened to see his pants leg was up and at the time no one had mentioned it. I paused the video and you can see he has something there, the logical conclusion is the holster which was in the photos the police released. While the video is not clear enough for me to be 100% certain that is a holster, there are other photos where it can more clearly be seen and does appear to be a holster. So thus far we have not established Mr. Scott had a gun, but we have established he had a concealed holster. No one would ever wear a holster without a gun because they simply are not that comfortable. If you only wear a holster when you have a gun, then Mr. Scott had a gun. The fact one was found which had blood and DNA on it does not assure us he had a gun, but when you factor in the police indicating there was a gun and an ankle holster it becomes clear. The investigation will have to determine if the shooting was justified, but one thing is certain, a man with TBI should not be carrying a gun and taking drugs. My gut is telling me the TBI combined with drug use led to his choice to not comply with the orders from the officers which ultimately ended his life. Always comply with officer commands whether you feel the order is right or not. 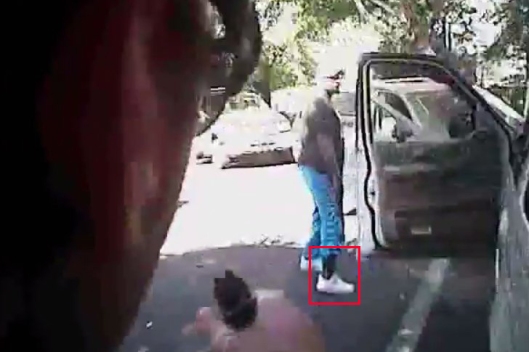 I got to thinking about police shootings and whether or not there was validity to the protests which often include signs and chants which would cause one to conclude a segment of the population feels trivialized. The stats I am using appeared yesterday on CBS and I apologize in advance for not being able to cite anything other than the percentage of African-Americans shot by police. I calculated the percentage at 26% in 2014 and 24% in 2015 and the good news is shootings are on the decline overall. For our discussion, we’ll use 25% as the number of shootings per year of African-Americans. An article in the Washington Post I read indicated 50% of those shot by police are White. That leaves 25% who are Hispanic or other. When I was a kid I recall hearing 18% of the population was African-American, but today that number widely reported as 13%. So it depends on how you look at the numbers as to whether African-Americans are shot more often by police. As a percentage of the population, they are killed more often since 25% of the shootings involve a race which comprises 13% of the nation. But if you look at the overall number of police shootings the conclusion would be Whites are shot more often. So you must decide how you want to evaluate the data.

One thing is certain if you want to avoid being shot by police you must comply with their commands. That will not 100% assure you will come away unscathed, but will certainly improve the odds of your life being spared. Don’t break the law or appear to be breaking the law in the first place and your chances of a negative encounter with officers is dramatically reduced.

This morning I’ll head off to judge Lonerider’s Brew It Forward homebrew competition to decide which beer they will brew. The annual competition is always a blast and the rules are simple, brew the best beer possible. This year is all about IPAs which are my favorite style so it should be a wonderful morning of hop filled goodness! 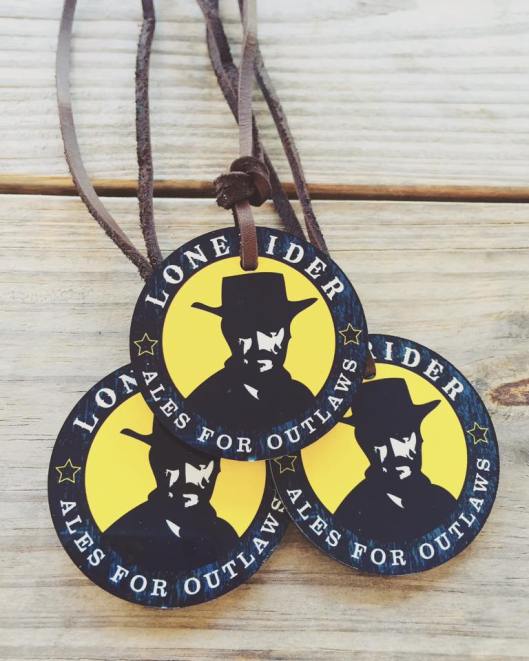 The meme below popped up today and while the initial reaction is exactly no, it is not because of the last line of the meme, it is because the test is not instantaneous. In NC to purchase a handgun you have to get a pistol purchase permit from your county sherriff. That PPP requires a background check. At the point of sale for long guns there is also a NICS background check. The PPP has a maximum waiting period for the permit to be approved or denied and the NICS check is instant. So how do you implement a program to drug test people purchasing guns where the results are instant. Also how do you pay for such a test? Most would say the person purchasing the firearm should pay, but the equation pointed out by the meme was for governmental programs so the taxpayers bear the burden. There are 12 panel test strips for less than $10, but someone has to watch the process, adminster the test, and report the results. That drives up the cost to average $42 according to a quick Google search. So $42 each to be paid by the government because it would be an undue burden on the person purchasing a firearm. In December 2015 Time published the number of NICS checks performed through that point in the year and it was 19,827,376. So $42 x 19,827,376 = overflow of my calculator, let’s punch that into the computer to yeild: $832,749,792 or almost 1 BILLION DOLLARS!!! I can already tell you I do not want to pay for that either as a taxpayer or as someone who may purchase a firearm. Most of the drugs tested on a 12 panel test only remain in the system for a up 7 days, a few go beyond that point, but it is pretty useless in the grand scheme of things. I believe where welfare recipients have been tested the vast majority have passed the test so even a testing program for those on govermental programs has limited benefit. Better IMO would be to have random drug testing for governmental programs. That would save money and still do what the program was desiged to do which is ensure money from the government is not funding a drug habit. Now the final piece of the puzzle is what do you do in areas where marijuana is legal? The Feds say illegal and adminster the NICS check so I assume any drug use would be a disqualification, but if something is legal where you are it seems to me it should be allowed to be in your system. I’m heading to Denver in a few weeks and while I do not do drugs or smoke marijuana, I might find myself near an area downtown where someone is legally smoking dope. If I get second hand smoke from that exposure would I test positive on a drug screen? I don’t know, but ultimately any drug testing burden should be shouldered by the government and I am against needless governmental spending so I would oppose testing for firearm purchases because of the costs involved and because it imposes an undue burden on the populace.

I just don’t know what people will do, the CMP is limiting the number of M1 Garands purchased per year to eight. I guess some people must have a Garand addiction and purchase them quite often. Personally, I don’t own one…yet. 😉 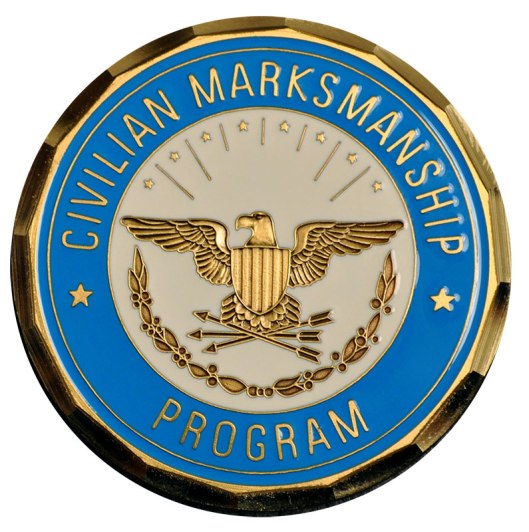 A Tulsa police officer shot and killed a man reporting she could not see his hands. I know heightened adrenaline gives tunnel vision, but even the helicopter could tell his hands were up. I don’t know what was being said or if commands were being followed, but non-lethal force should be employed before shooting someone if their hands are in plain site. The videos are graphic and so here is a link to them. The takeaway, as always, is to comply with officer commands no matter what. That will lessen your chances of being shot by an officer in all instances. 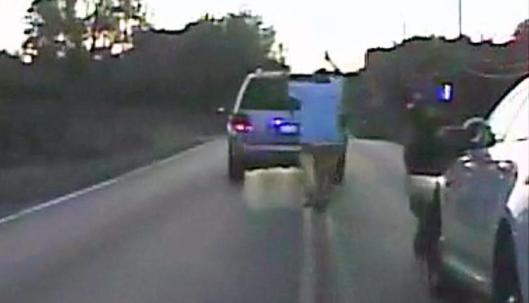