I recently saw a left leaning friend post a meme from the Facebook page “Occupy Democrats” which said, “If we simply required gun owners to carry liability insurance the insurance industry would destroy the gun industry,” and the post had cheers and jeers and so I thought we might take a minute to explore this idea and determine if it was intelligent or ridiculously naive and stupid. I invite the readers to go ahead and guess which it will be before reading further…

So first let’s explore one industry destroying another unrelated industry? Where is the intelligence in this idea? I get that a segment of the US population is anti-gun and will always be anti-gun. But do you want to be the one responsible for putting all those people out of work? How will you provide for their families once you destroy their workplace? Are you willing to give up a portion of your own salary to subsidize and maintain their current lifestyle? I know I’m not. Now I am all for business making it own their own even in times of adversity, but I am not for one industry destroying another, perhaps you are, and if so you might want to take a hard look in the mirror and decide if you like the person looking back at you.

Now that we have established one industry really shouldn’t try to eliminate another unrelated industry let’s explore insurance, specifically liability insurance for gun owners. I suppose the insurance would be required if you owned a firearm. So would criminals purchase the required insurance? We all know the answer, it is no. So who would purchase the insurance, law-abiding citizens of course. Now when would we need the insurance? When an accident occurred with one of our firearms. So I accidentally shoot someone or something with my firearm. It could conceivably happen, but in the past 48 years of being around firearms I have not had one single accident, none, nada. So assuming I am average the only time the insurance would be collected would be when a firearm caused harm or destruction of property. I saw an article which said 32% of the US population owns a firearm. Assuming 1/3 of the population is children who cannot own one that would actually mean 50% of adults. So half the adult population would be required to own this insurance. At an estimate of 100 million people creating that group, let’s see what impact this might have. According to Wikipedia stats there were 85K nonfatal injuries and 33K fatalities with 21K of the fatalities being suicide. Assuming suicide would never collect that is less than 100K injuries and fatalities (including those caused by police and criminals). So that means the incident rate for ALL is 0.1%. The insurance industry would pay out so little of the time it wouldn’t even be a blip on their radar. Look at it this way, as an instructor I pay $300 per year to cover my courses and changes are will never need it. With such a low incident rate, the average gun owner would probably pay $50 and it would not change the gun industry one iota, it would simply line the pockets of the insurance industry.

I could go on, but suffice it to say if you believe this will work you are a special kind of stupid. It doesn’t take a rocket scientist to realize insurance would not stop suicide, it would not stop criminals, and it would only create more profit for the insurance companies. Bottom line – Dumber Than A Box Of Rocks!

I was in a bottle shop and the obligatory wall of Pumpkin beer was already out. I’ve never been a fan at doubt I ever will cross over to the dark side. I think I’ll just settle in with a nice IPA!

There was a recent article where WalMart indicates they will stop selling AR type rifles and I must admit I am not surprised. I’m sure you are thinking they are bowing to pressure from gun grabbers, but in reality the market has gone soft, I mean really, really soft. There are plenty of people out there who would never have purchased an AR if it had not appeared the government might try to impose a ban. I was in a pawn shop recently known for their firearm selection and they had an entire rack of fairly new ARs just waiting to be purchased. It wasn’t long ago you had to pay 2X for one and now they prices are bargain basement. So the news from Wallyworld doesn’t come as a surprise and I would not be surprised if other retailers didn’t follow suit.

Now as far as the Forbes article title, I think Clare is trying to sensationalize a business decision. Bad form Clare, bad form.

I ran into an old friend last night in a Georgia steakhouse. It was Smokehead which I had last seen at a Scottish Pub in Antwerp, Belgium named Café Highlander. It was every bit as smoky as I remember and surprisingly awesome with a splash of water to quell the savage beast. I don’t know as much about Scotch as I should, but it is a single malt from Ian MacLeod. This Scotch is so freaking smoky it isn’t even funny so before you indulge, know what you will be getting. A glass full of smoke, hence the name. If you ever have the opportunity to have some, do it, but be aware hours later you will still taste smoke! 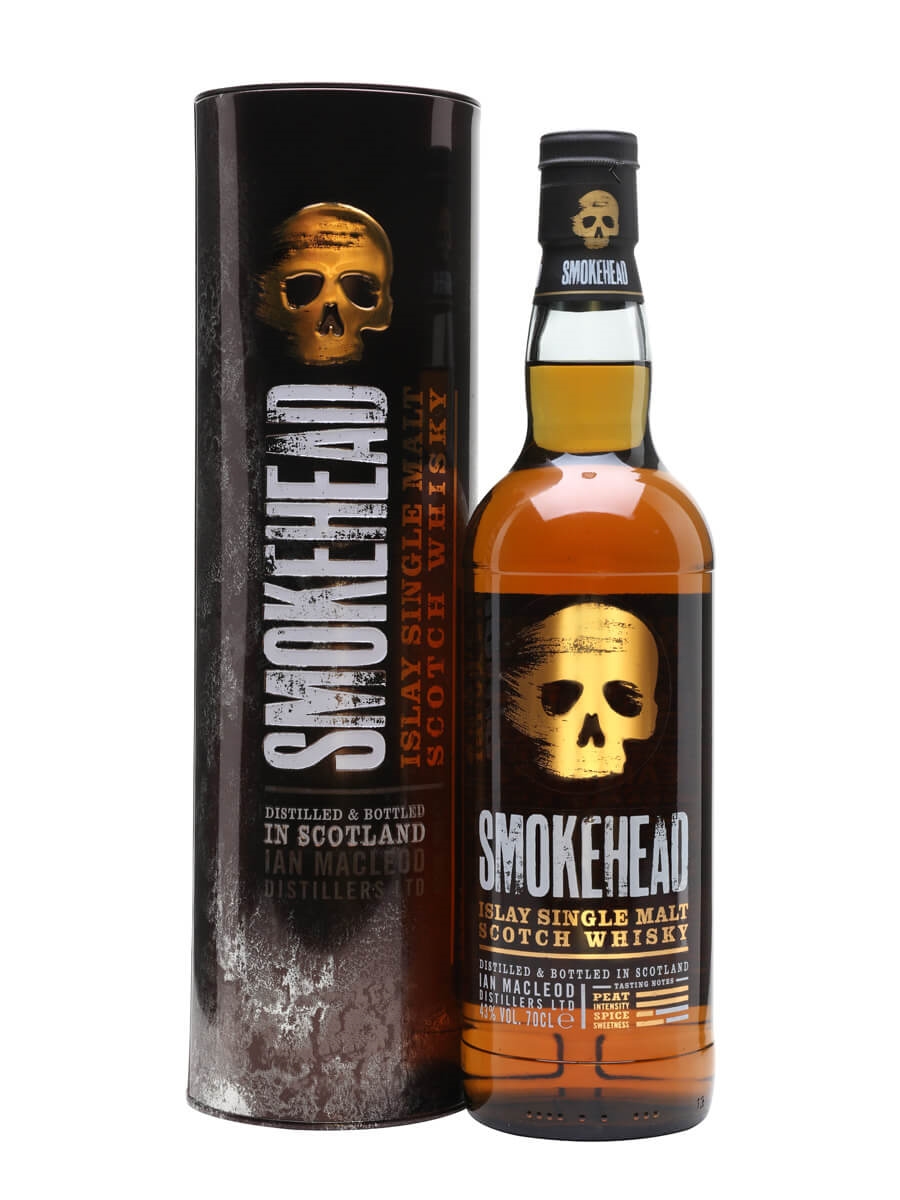 A YouTube video of an interaction in may with a Police Chief (who seems to be a bid of a douche) and a man who was open carrying surfaced and the man was eventually convicted for illegally carrying a weapon. He has appealed the decision, but the entire thing leaves a bad taste in my mouth. It seems they are letting individual jurisdictions in Arkansas decide whether or not to open carry is legal and the AG doesn’t have the cojones to step up to the plate and make an intelligent interpretation of the laws for Arkansas. I’d like to see his verdict overturned on appeal and force Arkansas to realize open carry is not illegal unless they enact statutes to prohibit the practice.

If you happen to have one of the Savage B.Mag rifles in .17 WSM, please check out the bolt recall. Apparently on some rifles the safety can become disengaged as the bolt is closed which would put the rifle ready to fire.

France awarded the Legion Of Honor, their highest award, to four of the men who stopped the terrorist on the high speed train Friday. Vive la France!

I was very excited when I heard I.W. Harper Bourbon was returning to the US after a long absence. I located a bottle and stuck it in the queue with anticipation of opening to great job. It’s a 4-year-old, 82 proof Bourbon with a mid-range price point. I was hoping for an outstanding aroma and flavor and what I got was subdued and borderline pedestrian. It does have a nutty character, with caramel and brown sugar and a bit of leather, but not enough complexity to demand the price and certainly not enough character to keep my attention. If you see it out and about it might be worth trying, but I know I won’t be purchasing another bottle at this price point.

Cheers to the two American servicemen who stopped a gunman on a train in France. As I understand it Spencer Stone serves in the Air Force and Alek Skarlatos is a member of the Oregon National Guard and a third man, Anthony Sadler is a college student. Sadler and a British citizen, Chris Norman, assisted in restraining the criminal. If more people would act like this in critical situations many crisis may be avoided. 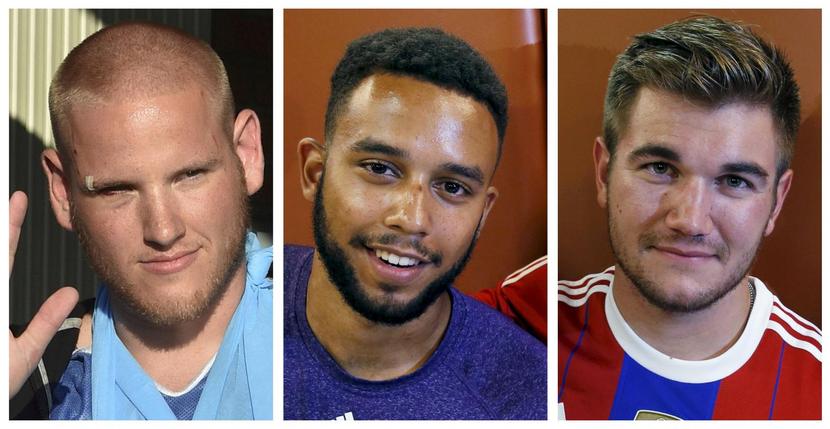 Last night a question popped up about sour beers and how to make a portion of one sour after fermentation. The group pretty much agreed it would be better to start out with that as a goal rather than taking a portion and trying to sour after fermentation is complete. We didn’t have time to dig into the flavors the person was after, but I thought of a good exercise on the way home which may have helped him narrow down what they liked and what they do not. My thought was they could make up several acids as mead makers often do to complete their meads. They could make up small amounts of malic, acetic, citric, tartaric, lactic, acid blend, etc. and put them with an eye dropper into an ounce or so of beer to taste and learn what flavors they would like to create in his beer. Once they find the flavors they prefer they could then balance them as desired and even dose the batch if they find a perfect balance. They could even create an acid additive blend and then add to taste as they sever the beer.

People have a hard time describing sour beers and the flavors they are after, with this exercise they may be able to pinpoint exactly what they are after and then devise a means to achieve that through yeast/bacteria selection and potentially adding acids to the beer for the final product.