Apparently it is illegal to sell beer you purchased to others in Pennsylvania. A man decided to sell his beer cellar which consisted of over 500 bottles and listed the beers on Craigslist. The authorities found the ad and set up a sting to catch the criminal act. What a crock of bull. I realize there are liquor laws, but this is a guy who realized he was keeping too much beer and could not consume it so he decided to sell it as an entire lot of beer. So long as the purchaser was not underage I see no problem with selling $2,500 worth of beer you purchased legally. I wish the police would spend time going after actual crimes instead of pursuing things such as this. If the beer was stolen and resold then we have a crime, but a collector selling their collection should be legal everywhere. 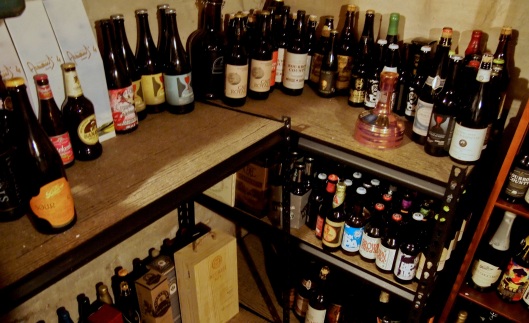