I am starting to see a wish list of things develop including removing suppressors from the NFA list and Constitutional Carry. In reality the suppressor change would be a welcomed one, but in order to pass everyone must realize they are not silent, they only suppress sound. It would be great for hunters or at the range and while it would not negate the need for hearing protection it would greatly reduce the noise created. I’m not sure if it is a hot-button topic for most legislators, nor if the NRA is concerned about removing items from the NFA list. As far as Constitutional Carry I don’t see that this as something which will be tackled anytime soon. On the other hand it is important to realize there will never be another time when control is in the hands of those most likely to be against gun control. The gun control advocates see concealed as the wild west when the reality is those with permits are law-abiding citizens and those seeking Constitutional Carry feel it is already their right. I actually like a training element on the law, but would certainly support sweeping change to make it less cumbersome to obtain a permit. I recently renewed my permit and despite being an instructor in the state certified by the NCDOJ still had to complete the application and will have to wait up to 90 days for the permit to arrive. It is a system in need of a serious revamp when someone who has been fingerprinted and is an instructor cannot simply have their permit renewed on the spot. Anyway, I don’t see either popping up soon, but stranger things have happened. It will be an interesting period for a few years starting in January, hold on to your hat! 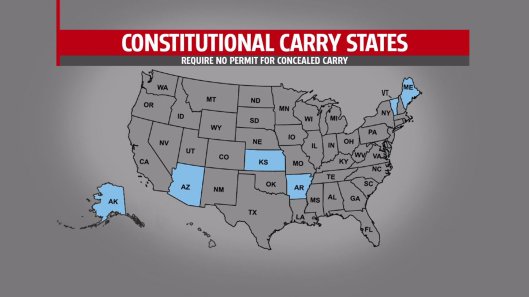