On Wednesday Philando Castile was pulled over by a Police Officer in Falcon Heights, Minnesota and during the traffic stop the officer shot Philando several times and he died as a result of the gunshots. The video (not linked) is graphic, but the girlfriend, who seems somehow overly calm, and her four-year-old daughter were in the car at the time as eyewitnesses. They claim the officer pulled over Philando and he complied with the officer’s instructions and told him he had a concealed firearm, but when he reached for his wallet and identification the officer opened fire. I must say I believe her account, it is reasonable and sounds truthful. I’m not sure why the officer felt in fear for his life, but the true story will emerge and I suspect we will see an officer go to jail for his mistake. Most likely he heard weapon or gun and missed the fact Philando had a permit.

So how could this have been avoided. The best way possible would be to keep your hands on the steering wheel at all times. When the officer approaches announce your permit and concealed firearm if it is with you. Still keep your hands on the wheel and if they ask you to make a move, announce that move and proceed slowly. At the end of the day most officers want to go home without an incident and we just want to proceed down the highway.

As far as what I believe happened. The officer saw an older model car out of character for the area and perhaps noticed a broken tail light. He pulled it over to investigate already on high alert thinking there was criminal activity and shot a man to death because he was afraid. The only thing Philando potentially did wrong was move his hands off the wheel which caused a jittery officer to discharge his weapon. If the girlfriend’s statements are true, the officer gave conflicting instructions and Philando followed them. The takeaway from this tragedy is to announce your actions and keep those hands in plain site. If you are asked to do any task then comply with the officer’s instructions, but do so slowly and deliberately with your hands visible at all times. 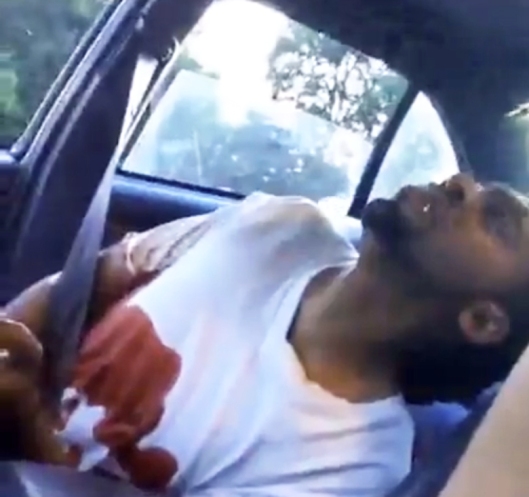