I noticed an article which mentioned Remington is now offering a lifetime warranty to the original owner of their firearms. That brought to mind the R51 which was the media darling a few years ago and turned out to be DOA. I last posted about the R51 in September wondering if those who were waiting on replacement pistols would ever get them. Best I can tell owners had the option of waiting, getting a 100% refund of the purchase price, or getting a 1911R1 for their trouble and frustration. Both second and third option would be appealing to me if I had purchased one of the R51s, but I’ve heard of a fourth option as well. It appears collectors are itching to get their hands on a flawed R51 since they are now scarce and are offering over a grand for the firearm. In all honesty I would have to take that action if I were in possession of a R51.

Now I read Remington is planning to release the R51 by the third quarter of 2016 and already has at least 2,000 of them which are operating flawlessly and were manufactured in Huntsville. If that proves to be true then the R51 will likely be out and about later this year. I think the buzz from 2014 has run out and it will just be another firearm in the case at most dealers, but you never know. I will not buy one anytime soon and probably never, even with a lifetime warranty. If someone at Remington wants to send me one to try out after all these blog posts about it I’d be open to trying it out. 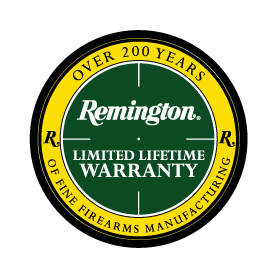