Imagine my excitement when I came across two altbiers from Germany in the local bottle shop. They were from Freigeist Bierkultur which is an offshoot of Braustelle. One was an unfiltered alt named Ehrenfeider and the other a doppelsticke named Hoppeditz. Now here’s the rub, they both sucked balls. Actually it was a more of a detrimental metallic flavor that anything. They had a bloody, tinny taste and neither was anything I could stomach enough to finish the glass. I’m not even sure why they bothered to brew beers which were this metallic. Let’s put it this way, after the unfiltered alt I figured it was just a single instance of a bad beer or something went amiss in transport. Then I had the doppelsticke and realized it was a brewery trait and they have issue with either recipe or equipment. I don’t care if I ever have another of their beers. If someone gives me one I’ll try it, but as far as drinking that crap, just say no, you can find Uerige if you are diligent and will never have to worry about strong metallic off flavors. 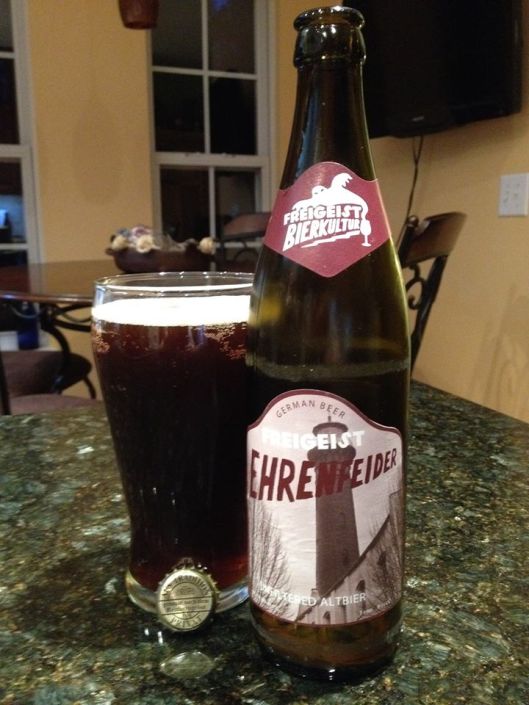 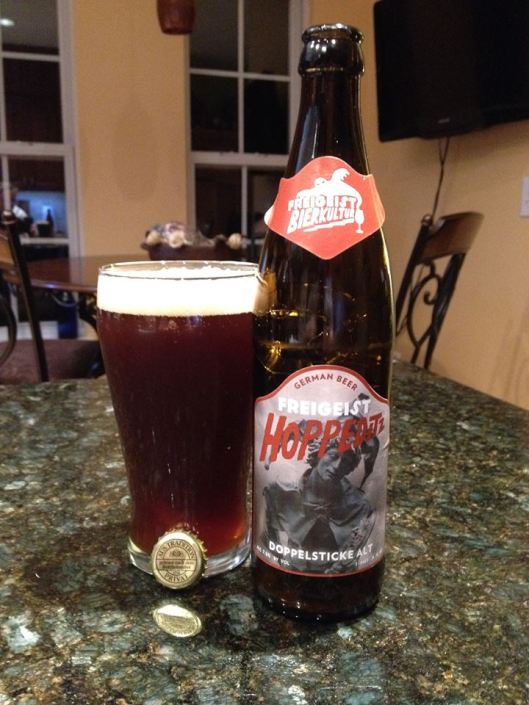