Unless I missed the memo it appears the BDoY competition is dead. I had heard rumblings they might resurrect it during the GABF, but with that event less than a week away it seems like they have stuck a fork in it. Word on the street is Wynkoop did not feel they were getting a return on investment and so the competition was scrapped. At least I did get to compete and have a bevy of T-shirts from being in the top 10 as a semifinalist and one from when I was a finalist. I was kicked to the curb in 2012 and 2013 and was hoping for a strong comeback in 2014, but alas it was not in the cards. 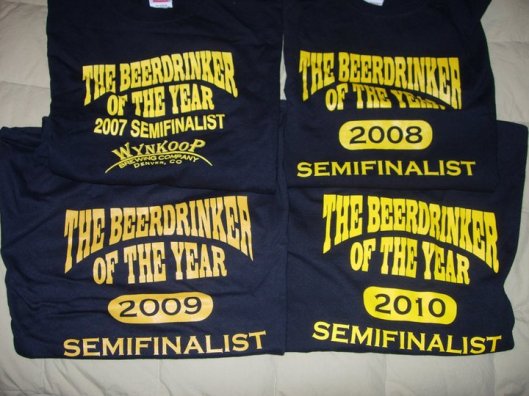