Earlier this week a firearms instructor in Arizona was accidentally shot by a 9-year old firing an Uzi submachine gun and he died. Let me start my comments by saying I don’t instruct children and don’t advocate children shooting firearms without parental supervision. I assume the parents were nearby, but I believe they should be involved. I also don’t advocate anyone shooting automatic weapons without firearms training. What I mean by that is basic safety training, training with firearms, and then eventually working to an automatic weapon if desired. That training would prepare the student for recoil and to be able to handle the firearm. I’m not sure anyone can be fully prepared for the recoil from an automatic weapon until they have shot one, but at the very least the recoil would not be a surprise.

This tragedy could have been avoided in several ways and I know most of you are thinking I mean if the girl had not been so young. That is not my point at all. Young people are able to fire pistols and rifles very well…with training. So what was lacking to start was proper training. Another thing which could have been implemented was lower round counts in the magazine. He shot with her one round and then put the firearm on continuous-fire. I believe the original Uzi magazines were 25 round so he could have loaded 10 rounds, shot 5 to get her accustomed to the recoil and then switched the setting from semi-automatic to continuous-fire and at most the number of rounds would not have exceeded 5 rounds. In that way the student can become accustomed to the firearm, but their round count is limited. I often do that with concealed qualifications so I know exactly how many rounds are in the magazine and how many have been sent downrange. Another safety measure which could have been implemented would be a strap or series of safety straps to keep the recoil from overwhelming the shooter. I’ve seen these before, but I don’t believe they are as common as they should be especially with smaller shooters. A young boy accidentally killed himself three years ago with an Uzi and the reason was he was unable to manage the recoil.

Of course the best way to avoid tragedies such as these is to not put automatic weapons in the hands of minors. Hopefully parents and instructors will take note of this tragedy and use it as an example of how quickly things can go wrong without proper training. 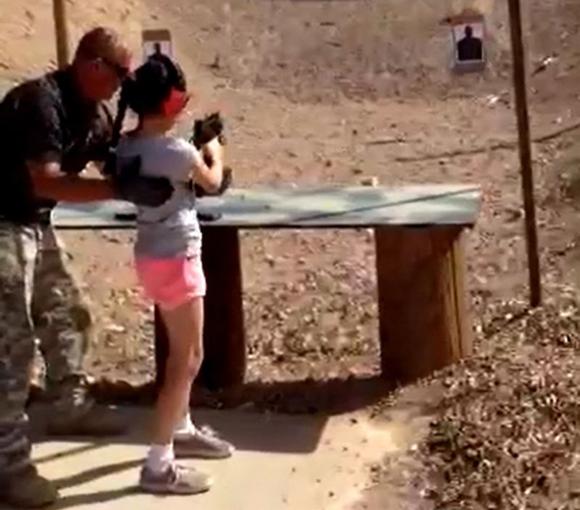