The answer is it depends. I’m talking about judging now so at best you are sampling an ounce of beer, perhaps you could have a little more, but generally it takes me between and ounce and an ounce and a half. I clip along at a rate of about one beer every 10 to 12 minutes so we’ll call it five beers per hour. If you want me to finish a 10 beer flight it would be right at 2 hours. Since most sessions are three hours that would say 15 beers, but in truth that is a bit too much. I was once on a flight of 18 beers and that took almost forever. To me the ideal number is 10 and it is always best to keep the number below 12. If you figure even the slowest judge will finish a beer every 15 minutes they can finish 12 beers in three hours. So I’d suggest with all but the fastest judge teams to shoot for no more than 12 beers per flight.

How about the other end of the spectrum? Anything less than five really isn’t worth having a flight for since 3/5 of the entries will get a ribbon in most competitions. IMO the minimum I should ever see at the judging table in a single flight is six and a more ideal number would be eight. I would always suggest to shoot for the flight size average to be 10 and with the smallest flights with eight and no less than six and the largest with 12 and no more than 15. Something you can do if you have some small flights with only six beers is to ask the judge team to judge the small flights back to back. It is still two flights, but they judge 12 total beers and they will finish that in the same amount of time as a judge team with a comparable number of beers in the flight. 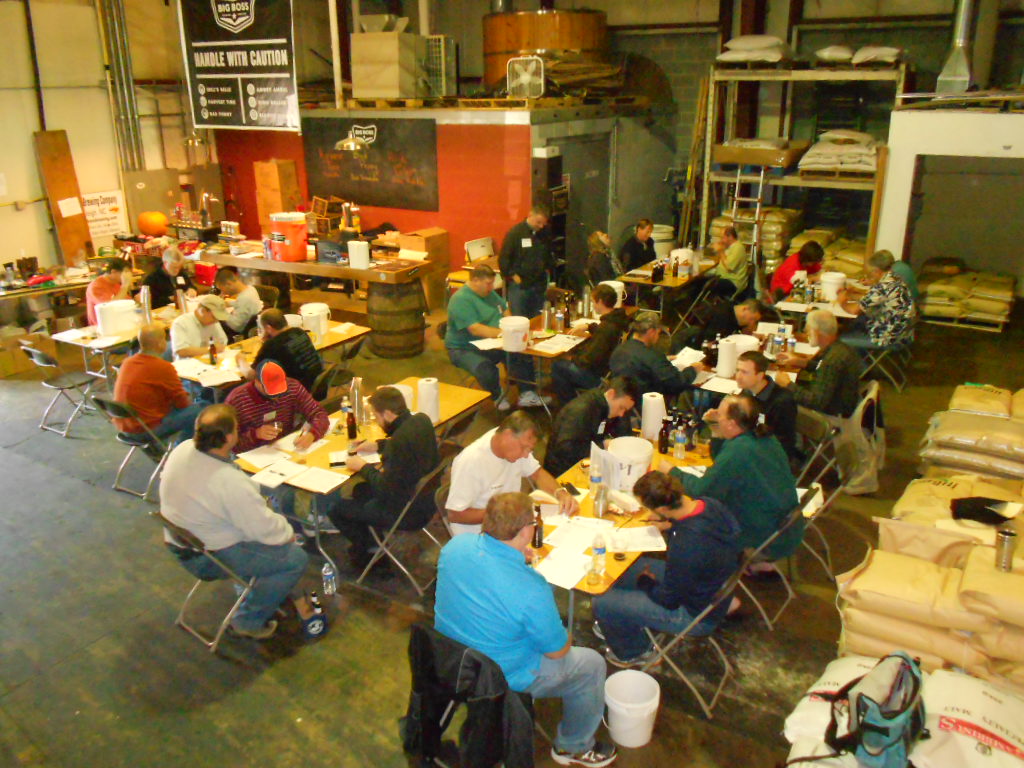